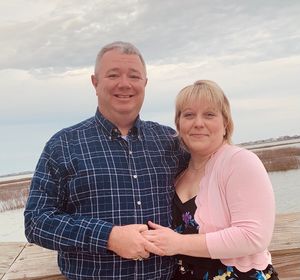 William McLeod is our Associate Pastor, and began this leadership role in February, 2013. William was ordained in 2007 and has served as the Youth Pastor in two other churches.

Originally from Ash, North Carolina, William and his wife, Angela, moved to Little River, South Carolina in October, 2007. They have two beautiful girls, Alexis and Maggie.

Since accepting the call at Chapel By The Sea, William has initiated a children’s church and revived the AWANA program.  The Children’s Church meets during the normal worship hour and is open to children K to 6th grades.  It is designed to teach the children about the love of Jesus, while being in an environment that is fun and interacting.  AWANA is open to children from the age of 2 up to 18 years.  Since the start of AWANA, which meets twice a month on a Saturday, we have seen the program grow to approximately 18-20 children, a great success because of the wonderful volunteer leaders.